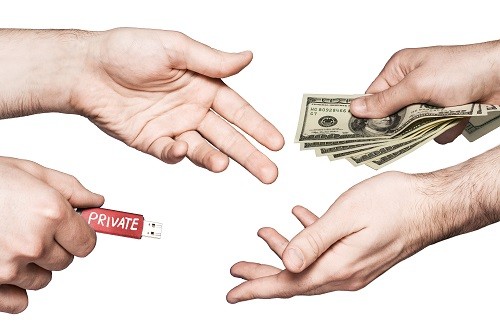 Last week, the US Senate introduced a resolution that implies an overturn of the Internet privacy rules previously accepted by Obama cabinet. Later on, the law statement was passed to the House of Representatives, where the regulations eventually got supported with a 215-205 win. On Monday, March 3 2017, President Trump signed a historically notable bill allowing the American Internet service providers to monitor and sell users’ online activity data to the third parties. Within the last days, there has been an unprecedented number of search requests related to VPN services: people do care about privacy and desperately skim reviews of the top VPN providers like the one, where we compare the best offers in detail.

The bill signed represents a major privacy setback for American citizens – many people feel unprotected and claim to be speculating on certain countermeasures. The Internet privacy rules, proposed and passed by the Federal Communications Commission at the end of 2016, allowed ISPs to make use of the Internet subscribers’ data only on users’ approval. The sensitive data includes browsing history, health, location and financial data, family information etc. The US Congress, mostly represented by Republicans, prevented the FCC rules from coming into power by implementing the Congressional Review Act (CRA), which also terminates any opportunity to pass a “substantially” similar rule. Now that Trump signed the repeal into law, the telecom agencies like Comcast and Verizone are free to share and sell their customers’ private data to the third parties without customer consent, which is then very likely to be used for various marketing purposes (and this is the least dangerous implication).  The White House justifies the new law with a so-called equality created for ISPs and tech giants like Facebook and Google. Meanwhile, the new policy received no support from Democrats and attracted mass criticism from privacy advocates, who object to the new broadband privacy rules.

So what does the new Internet policy actually mean for the users and how powerful are the ISPs now?

No wonder, the US Internet users are so worried about their data to be violated for some unspoken reasons and seek for various precautionary measures, especially VPNs. The providers start to invest huge sums in all types of media advertising, since VPN is very likely to grow from a niche product into a mainstream service with competitive supply. Here is a chart of “VPN” Google search requests, displaying a notable rise in the last 10 days:

Although VPN providers have been standing against the new Internet privacy rules, the changes significantly contribute to their business, while copyrights holders must be quite unhappy about it.

Apart from a VPN, there are additional measures you can take to mitigate the privacy protection issue: