Achieve top-notch security by empowering TOR with a VPN 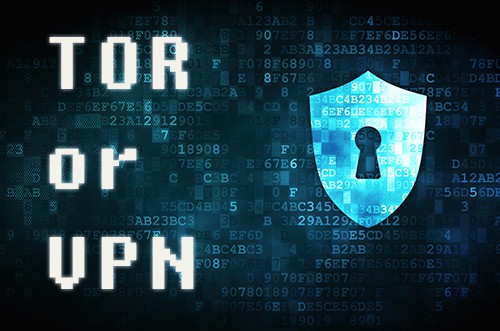 No secret, the Internet space is huge nowadays. Unfortunately, alongside the unprecedented information opportunities, we face numerous dangers and even cyber-attacks. That is why being on the alert is a must for every Internet user, no matter how one secures their online activity – it can vary a lot and arises to an individual choice. Whatever technique or tool you apply, make sure your ‘security system’ uses data encryption methods and does not allow the third parties to analyze the traffic or monitor your online activity (this is what Internet providers often do).

We decided to suggest you an effective way to ensure double-layer security, based on using TOR together with a VPN. The topic is highly controversial, in fact: the debate starts from whether to use TOR with a VPN at all and finishes with questions about the ways to combine these two technologies.

While a VPN guarantees higher speeds compared to TOR, it provides no anonymity. Great if you have chosen a VPN that uses at least 128-bit encryption. However, it is way better to ensure 256-bit encryption with TOR, since this will considerably raise your chances to prevent snooping.

In addition, it is extremely hard to find a VPN provider that keeps no logs of your activity. Even if they claim to not retain logs, there is no proof they don’t. Of course, a VPN provider would rather avoid being prosecuted rather than lose one subscriber, as long as performing no data logging contradicts the state laws.  But if you combine TOR with the VPN, the only thing visible from the log will be an anonymous TOR user. Plus the IP address given by TOR will serve an amazing fall back in case the VPN connection drops.

Another benefit is that your TOR activity can be hidden from the websites blocking TOR users: the VPN connection will appear as the exit node, which most likely helps bypass the filters. Moreover, VPN will keep your data encrypted in a force majeure when passing through a compromised TOR exit node.

The only vital sacrifice you should be aware of when combining TOR and a VPN is the connection speed.

TOR and a VPN can be combined within two basic configurations. Both have their pros and cons to be taken into account with reference to certain security needs:

Remember that any combination TOR+VPN will definitely cover the weaknesses of each stand-alone technology.