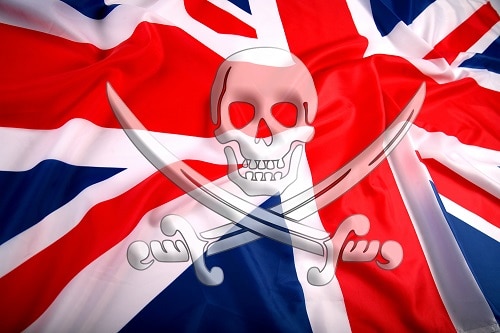 It is already the second month UK ISPs have been practicing their warning systems within the anticipated piracy alerts campaign. This is a result of the joint effort made by the key copyright owners from media industries, the Government and the leading local Internet providers themselves: the latter ones are now sending warning notifications to potential copyright offenders, whose traffic looks involved in pirating actions.

Not surprisingly, such an innovative approach to combat illegal streaming and mass copyrights’ violations confuses many people, who actually are not aware of the possible implications the campaign may bring. Some users switch to new Internet providers, others simply use VPNs. Indeed, why change habits if you can just hide your IP-address? A similar increase in the number of VPN users took place in the US when the Copyright Alert Program was launched in 2013 after three years in development.

Currently, the warning system is only targeted at those whose Internet account has been noticed share copyrighted content within P2P networks: file sharing services, mainly BitTorrent, plus such applications as Popcorn Time. Thus, streaming services (e. g. 123movies) and file-hosts (Zippyshare, 4Shared) are still beyond monitoring. However, further campaign initiatives are to come into power very soon and cover the remaining piracy areas.

The ‘educational’ notices constitute just a small part of the new initiative introduced by Creative Content UK, previously participating in an anti-piracy PR campaign. BT, Virgin Media, Sky and Talk Talk have officially confirmed their participation in the campaign and way more providers are likely to join them in the short run. The warnings may slightly differ among the providers, but all of them carry an informative message, containing a list of legal alternatives.

Worth noticing, the UK ISPs are not monitoring their subscribers’ online activity, they only do send notifications. The actual tracking is performed by MarkMonitor company, a widely known tech partner in the US Copyright Alert System.

The anti-piracy program stakeholders agreed to send 2.5 million warnings at maximum in a year, which is only likely to reach a small share of all potential UK pirates. And this includes multiple notices to the same suspicious individuals whose traffic is repeatedly compromised.

So why consider using a VPN?

There are several reasons: