A new wave of security threats in the tech world 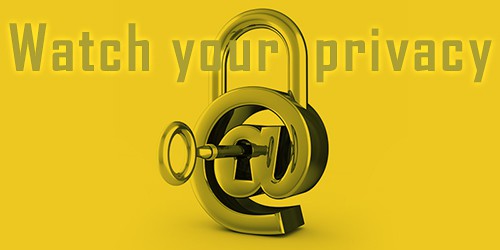 Earlier this month on March, 7th an international non-profit organization – WikiLeaks – has stated that their anonymous source provided them with the information that the U.S. Central Intelligence Agency has been using a cyberweapon against its citizens. These cyberweapons are various hacking programs and malware which can intrude into your personal life, and compromise your basic right to have privacy. This hacking arsenal can target and infect your devices that run on such operating systems as Windows, Android, iOS, OSX, Linux. Even your router or Smart TV also can be used against you to pry on you. They can actually be used as recording devices to spy on you. You may think that your TV is turned off when in reality with a program called “Weeping Angel” it could operate as a bug and record conversations in the room.

Another thing that really makes us worried is that the CIA along with allied intelligence services can actually bypass encryption algorithms on such popular services like WhatsApp, Telegram, Confide, Cloackman, Weibo, and Signal. With hijacking attacks, they can intercept data on your calls and texts even before the encryption, provided by these phone and message services, is applied. Moreover, according to the WikiLeaks release, the CIA can remotely access devices and keep tabs on the user’s current location and message traffic by hacking into these devices and covertly activating microphones and cameras.

It is also stated in the dump that not only smartphones, computer operating systems, Smart TVs or messenger applications can be hacked into. The same can happen to modern vehicle systems. According to WikiLeaks, “The purpose of such control is not specified, but it would permit the CIA to engage in nearly undetectable assassinations”.

Over eight thousands of documents and files with the code-name “Vault 7” have been published on the WikiLeaks website. Not all of them are open to the public: some of them are posted with a comment “secret”. But this is probably for the best. At least for now. All this sensitive information can find itself eventually in the wrong hands. For instance, hackers, identity thieves or any other cybercriminals can use these codes, programs, strategies and techniques for their own scams, just to get what they want. Online safety, security, and privacy are truly at stake.

So far there is no solid evidence proving all the accusations. Leading cybersecurity experts are now analyzing all the materials revealed. That’s why at this point these are just unconfirmed disclosures. And the CIA has refused to comment on the WikiLeaks dump or to confirm the authenticity of the revealed documents and files.

It is an ongoing case, so let’s stay tuned for more news and updates about this whole situation that has clearly rocked the world of modern technologies.